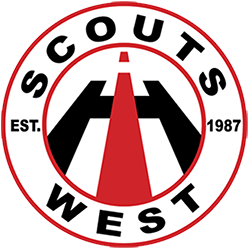 I think Little John will be club vehicle inspections in camp, it'll be a buck for each violation.
Top

I may be there . trying to get out of Glendora by 1ish
Fritz...
Past President, Main Chapter
OHV 167v SBNF
KJ6RUN
Certifications:
First Aid, Chainsaw, 4x4, ATV,

A great weekend in the desert. What started for me was a huge sit-n-f$#@ing-traffic. I accomplished major records for distances traveled. I made a wopping 13 miles in 65 mins. As that wasn't enough for one day, and being delayed in leaving home, I made a bad choice and took the 10 fwy. I left Glendora at 3pm and arrived at Vic's at 7. Tom and Dianne left Upland at 5:30 via the 210 fwy and beat me to Vic's.

Arriving at Vic's, he and Tom took off in Vic's truck with the trailer attached. Seems Vic picked up the trailer, but forgot the ramps. After they returned, I went to Vic's backyard to see Tom stacking 8x8s 4 tall next to the back of Vic's trailer. Oh Vic was in his scout with the front tires on the trailer and the rear on the ground with only 1 ramp. Seems a ramp fell off loading and Vic had to back off the trailer. Vic almost had a HUGE chicken night as he backed off cleanly then he almost backed into a friends car parking behind his truck.
We left Vic's at 9 and were lost in Truckhaven on Marina Dr. Finally, Mike showed up and led us to camp. But Tom will have to address why his trailer has no brake or turn lights.

Debbie out did herself making an early (7:00a.m.) breakfast Saturday morning. At 9a.m., we had 18 vehicles heading towards run TDS run. I owe a buck since my T'all was not present and had to be a passenger on the run. Our leader was Little John and did an outstanding job. As always, traffic at TDS (Traffic Daily Sucks) is the norm.
Vic did have to winch out a mud bogged Toyota pick up. YES, there were real slipper as snot mud holes. This pit was on a curve leading uphill. Once stuck, traction wasn't possible. Vic had to back down part of the run which was fun to do after freeing the truck. There were thousand of wildflowers and greenery along the run. The rain did change flat wash roads into up and down challenges. Erosion changed the nature of the trail.
Vic did make the last hill climb, but 3rd time was the charm.
After the run, some went back to camp while others headed to the vendor area. We had roped off a nice area up front to hold a spot for the raffle. Grapevine/FrazierPark had 3 winners, and Tom closed out the $1000 average raffle by winning a prize as well. The fireworks show was off the chart excellent from up front. After the raffle, some hung out by campfires and a group headed to the crazy section to watch the drunks and nutts.
Sunday early, I found out that the wind had really picked up. I needed to tie off to my bumper after my ez-up shifted 5 feet during the night. Wind kicked up lots of dust and made packing up a challenge. We did miss seeing lots of missing regulars.
Sunday morning for
Fritz...
Past President, Main Chapter
OHV 167v SBNF
KJ6RUN
Certifications:
First Aid, Chainsaw, 4x4, ATV,

Dave and I are going, leaving Friday Morning. Neither one of us has been so it will be interesting. Is it only one raffle ticket per person or registration? So no registration no raffle ticket?
William Sousa
San Diego Chapter
1975 Scout II XLC
304, 727 A/T
SOA Full Width Chevy Axles
Top

Wickedtuna wrote: ↑
Thu Jan 18, 2018 2:33 pm
Dave and I are going, leaving Friday Morning. Neither one of us has been so it will be interesting. Is it only one raffle ticket per person or registration? So no registration no raffle ticket?

Yes, you need to registrar to get a raffle ticket and it is one ticket per person for the main raffle. There are sub raffles that allow you to purchase more tickets.
If you do not registrar you are not allowed to go on any of the runs that occur during this event.
Bill--
San Diego Chapter
KJ6WJL